From All of Us to All of You: The Disney Christmas Cards
by Jeff Kurtti
Disney Editions; $50.00 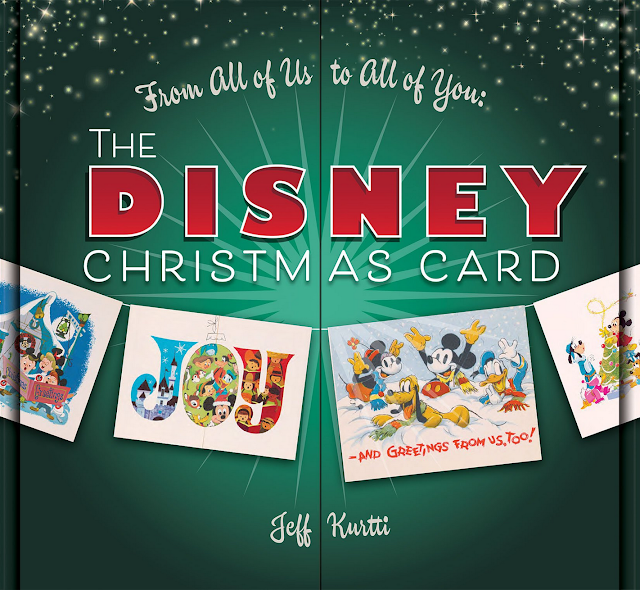 This is a book I have wanted to own for about the last 20 years! It’s actually a book that I had once entertained hopes of putting together myself; and it’s only the fact that it has finally reached us via the skilled editorship of my friend and fellow Disneyphile, Jeff Kurtti, that I am able to supress my envy!

Disney and Christmas have always got on rather well together – Christmas-themed movies, TV specials, music, books and comics – and the official Christmas greetings that, from 1931 onwards, the studio sent to its ever-growing number of friends and associates represents an imaginatively documented capsule history over eighty years of Disney history.

The cards in Jeff Kurtti’s seasonal mailbag, being annual bulletins from the Mouse Factory, give a visual chronicle of the studio’s output: from Mickey and the Gang, via Snow White and the Seven Dwarfs and the other features of the Golden Age, to the war years, the post-war renaissance, the Disneyland park and TV years to Poppins and the decades from Walt’s death to Walt Disney World, EPCOT and beyond.

More than that, they provide a fascinating insight into the way in which the Studio saw and publicly presented itself and, as a parallel theme, the changing styles of popular graphic art.

This project could so easily have been simply produced as a book of pictures (and, indeed, some years ago, a book of Disney postcards was published based on many of these very images), but what Kurtti has done that makes this volume both collectable and informative is to place each card within the context of the Studio’s annual development.

The book is further enhanced by profiles of some of the artists responsible for the card designs including Hank Porter, Mary Blair, Bob Moore, John Hench and Paul Wenzel. There are also a number of special features covering such topics as the cards designed by the studio for Nelson Rockefeller as Coordinator of Inter-American Affairs and, a few years later, for the Toys for Tots Christmas charity.

The author has been ably aided by the book’s talented designer, Paul Wolski, whose ‘wide-screen’ format (encased in a holly-green gate-fold binding) allows the cards to be shown to their very best advantage – especially since a number of the originals opened out horizontally and/or vertically. Fronts, backs and interiors are all simultaneously visible and, printed with shadows, appear to be lying on the pages of the open book – as if ready be picked and arranged on your Christmas mantelpiece! And, as a bonus, there are ten special envelopes slipped into the book containing additional cards featuring seasonal Disney artwork from a variety of sources including film posters and comic book covers. 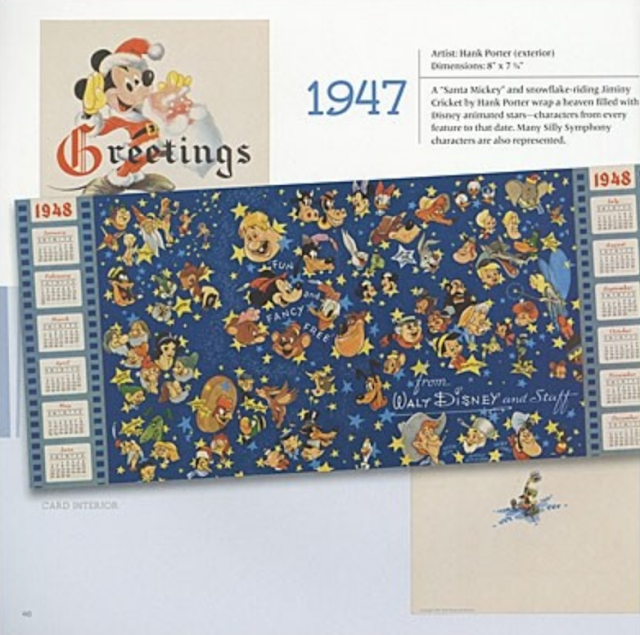 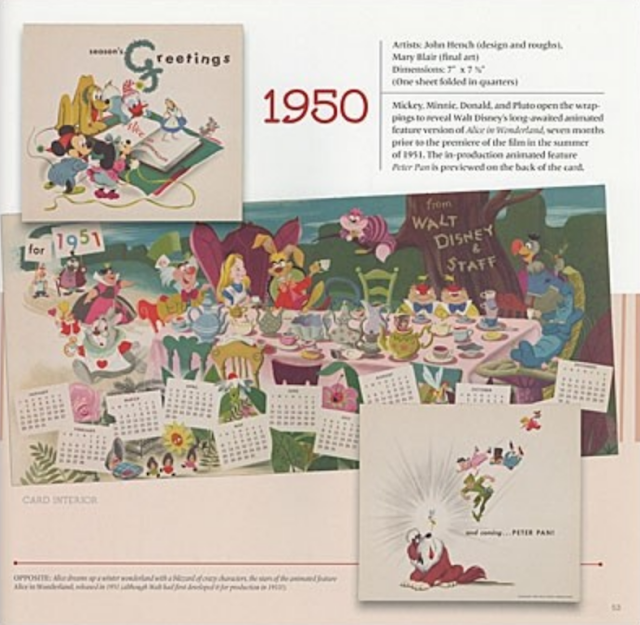 The book’s surtitle, ‘From All of Us To All of You’, is a references the famous Disney animated television special of the same name, first presented on ABC in December 1958. The show, comprising clips from Disney classic shorts and features, was hosted by Jiminy Cricket and based around the theme of Christmas cards from the characters featured in the clips.

Just as that TV special enjoyed a number of an annual re-runs, Jeff Kurtti’s beautifully produced, joy-infused and smile-inducing book will become a treasured part of every Disney fan’s holiday season for many Christmases to come! 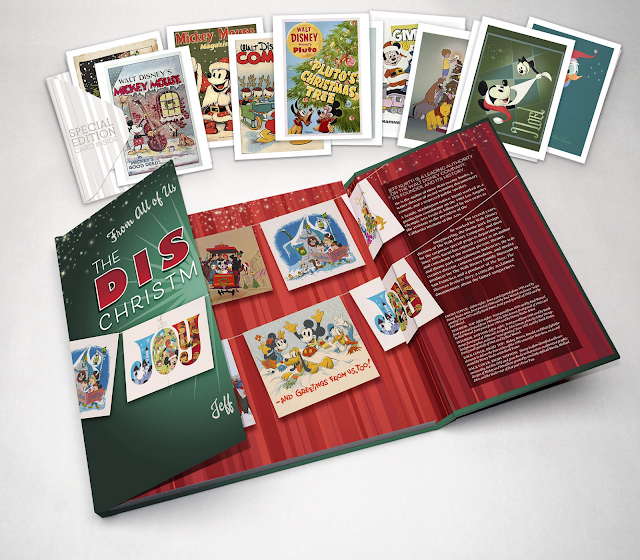 Practically Perfect in Every Way: A Magical Carpetbag of Countless Wonders by Jeff Kurtti
Disney Editions; $50.00 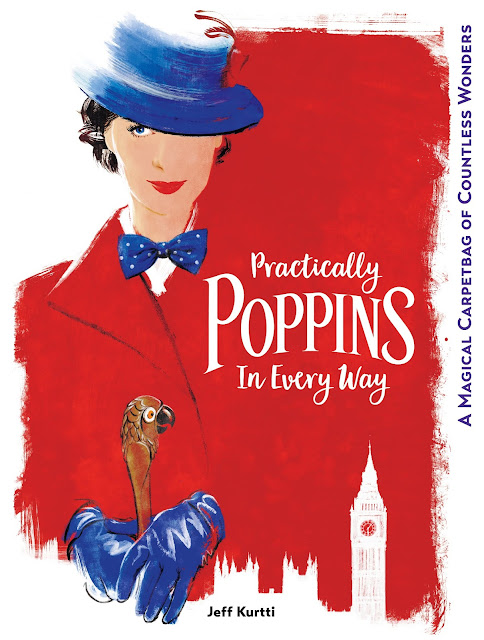 Unless you have been living in a remote Neolithic cave for the past year, you will know that everybody’s favourite nanny is about to make a comeback! Mary Poppins Returns will open this Christmas and, once again, we will be exposed to the magic that is unique to that mysterious figure who flies in on the east wind and is universally known by her carpetbag and parrot-handled umbrella.

To accompany this long-awaited movie sequel, Jeff Kurtti has conjured up an engaging and enlightening collection of articles and essays in celebration of all things Poppins.

Kurtti traces the history of the Poppins books and their enigmatic author, P. L. Travers; tells the astonishing saga of how Walt Disney managed, against the odds, to acquire the film rights and take Mary Poppins from book to the movie. He also examines the movie’s triumph both as a film and a merchandising phenomenon; and recounts how Mary Poppins’ went on to recreate her unique brand of magic on the West End and Broadway stage before, bringing the story up to date, with background insights into the making of the sequel.

The book is profusely and sumptuously illustrated with original concept art, film stills and archive photographs – although, oddly, you will look in vain for an image of Julie Andrews that isn’t from an animator’s sketch or from posters, record sleeves and book covers.

Jeff Kurtti has cleverly interwoven his telling of Mary Poppins journey from page to screen, to stage and back, again, to screen with contributions from Cameron Mackintosh, Tom Schumacher and the first stage Bert, Gavin Lee, as well as essays from (to quote the jacket blurb) “renowned Disney authorities” Jim Fanning, Paula Sigman Lowry, Craig D. Barton, Greg Ehrbar – and, I am bound with a blush to admit, the present writer!

The 1964 film is generally regarded as Walt Disney’s greatest triumph and it remains, over fifty years on, beloved by several generations; now Mary Poppins Returns to entrance new audiences and Jeff Kurtti’s Practically Perfect in Every Way is the absolutely perfect way to commemorate a literary and cinematic legend. 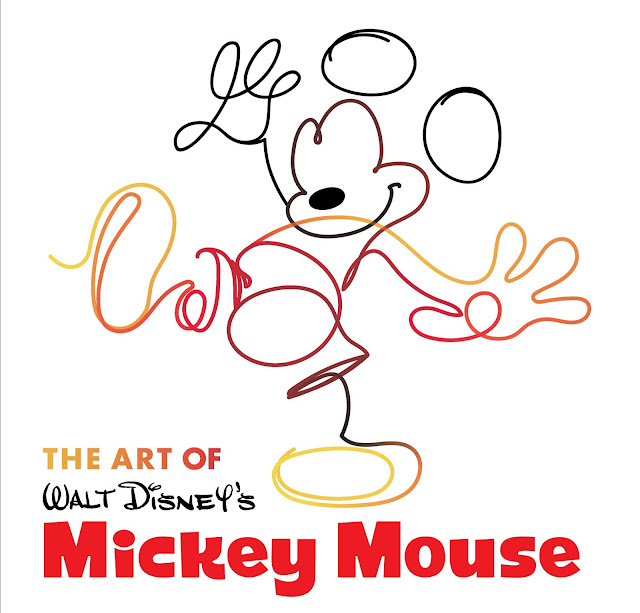 As part of the Mouse’s 90th birthday celebrations, Jessica Ward has produced this lavish book that begins with a commemoration of Mickey’s extraordinary career through a comprehensive filmography and a milestone-by-milestone examination of his life and times on and off the screen.

All of this is, however, is but a prelude to the remaining 115 pages featuring an exhilarating and imaginative Picture Gallery of artistic interpretations of Mickey by creative working for Disney Consumer Products and Interactive Media.

This diverse imagery reinforces a great truth that, if after 90 years we haven’t yet understood, we never will: Mickey Mouse is an enduring icon and his worldwide identifiable silhouette is so much part of our popular culture that it remains instantly recognisable and perennially beloved. 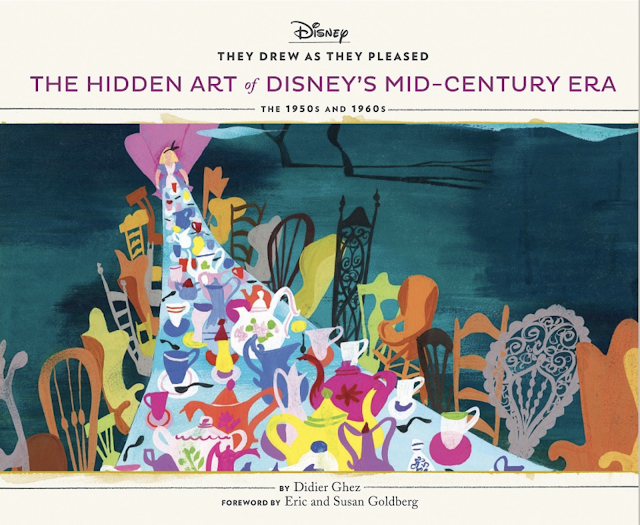 The indefatigable Didier Ghez has produced the fourth volume of his exceptional They Drew As They Pleased series with a retrospective exploration of a intriguing period in the Disney Studio’s history: the post-war era noted for its optimism of spirit and, in the graphic arts, for the emergence of a new modernism that challenged the old-school style that had been the touchstone for Disney’s success during the so-called Golden Age of Animation.

As with the earlier volumes, Ghez’s aim is to profile the work of those – often unsung – concept artists who, in every era, helped set the mood and frame the style of the Studio’s shorts and features: men and women who, as the title (taken from the 1948 book devoted to the work of Albert Hurter) suggests, were allowed to draw as they pleased. All the books in the series have featured rarely seen or previously unseen artwork and, along with the artists’ stories and the historical contextualising that are Ghez’s forte, this is what makes this series such a joy for the Disney reader – and of incalculable benefit to Disney research.

Among the five artists whose work is explored in this book is one – Mary Blair – who has, in recent years, been probably more chronicled, celebrated and exhibited than any other member of the Disney concept team, but there are newly revealed images from film classics like Cinderella, Alice in Wonderland and Peter Pan that merit the inclusion of her memorably stylised work.

The other artists are Mary’s husband, Lee Blair (responsible for superb work on Disney’s South American features); Tom Oreb (brilliant modernist takes on the cut 'Jabberwock' sequence in Alice and examples of his work for Disney-created TV commercials); John Dunn (lively, cartoony ideas for the new, ‘limited animation’ style adopted for TV programmes such as Man in Flight and Mars and Beyond); and Walter Peregoy (bold early designs for The Sword in the Stone and Jungle Book and a balletic approach to the unmade Chanticleer). 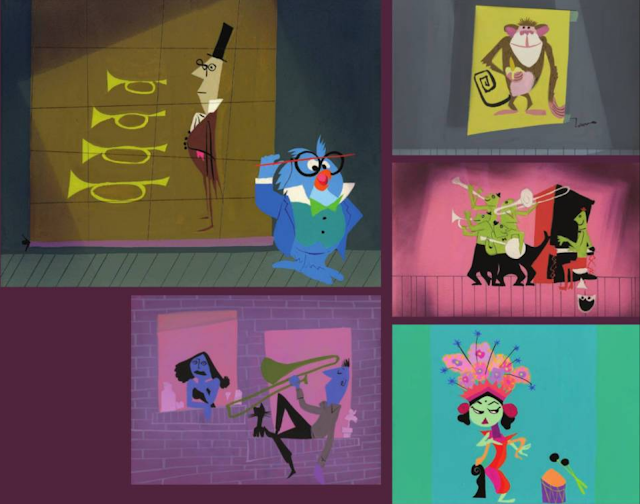 The highest compliment one can pay Didier Ghez is to say, on closing the cover on his latest volume, “When’s the next one coming?”

And, finally for now, there’s this behemoth... 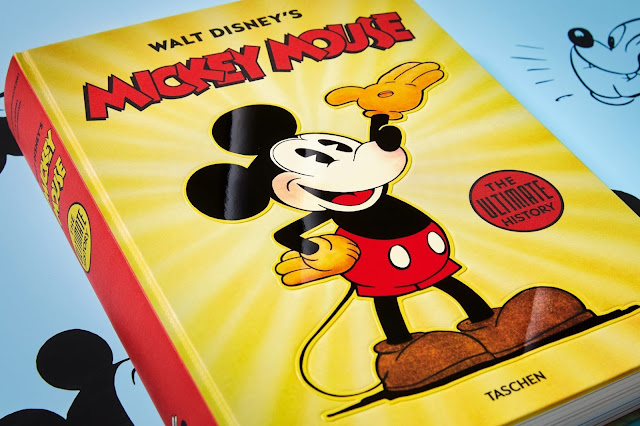 But I have yet to read it – or, indeed, develop sufficient muscular strength to even lift it out of its box!