A batch of new books celebrating Disney past and present... 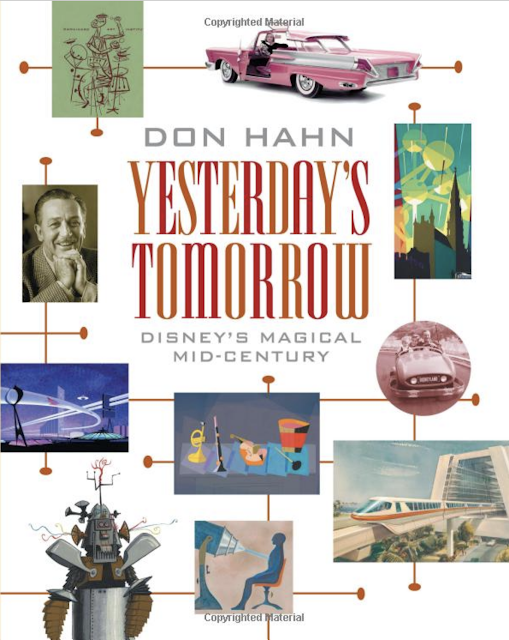 This feels like the book that many of us Disney aficionados (especially those whose childhoods coincided with the 'fifties and 'sixties) have long been waiting to read. Don Hahn chronicles that explosive decade that followed WWII as reflected in the vision of Walt Disney and the work of his studio.

Born at the turn-of-the-century and raised in an age and culture that was just taking its first tentative towards a new tomorrow, Walt had an abiding love for the nostalgia of the past, but he also embraced change and looked to a future of ever-expanding possibilities and opportunities – as can be seen from the fact that Disneyland not only celebrated the lost age depicted in the park's Main Street USA but reached out towards a new dawn in Tomorrowland.

Don Hahn presents a masterly tour of the Disney's futurism as it impacted not just on the creation and development of Disneyland but on film and TV, leisure and hospitality (The Disneyland Hotel, Celebrity Sports Center and the unrealized plans for a Ski resort in the Sierra), education (CalArts, the New York World's Fair and educational films and programmes) and Walt's final bid for a utopian future with the concept of EPCOT.

The book's large format has allowed it to be sumptuously illustrated with a visual feast of photographs (many unfamiliar) and artwork by, among others, Eyvind Earle, Mary Blair, Ward Kimball and Rolly Crump.

There is a tendency in Disney Circles to focus on the achievements of the so-called Golden Age – understandably, since those achievements were truly astonishing – but Yesterday's Tomorrow is a timely reminder that the mid-century was a period in which new technologies and ever-expanding prospects were reflected in new movements in popular art and entertainment along with ambitious hopes of a better world. 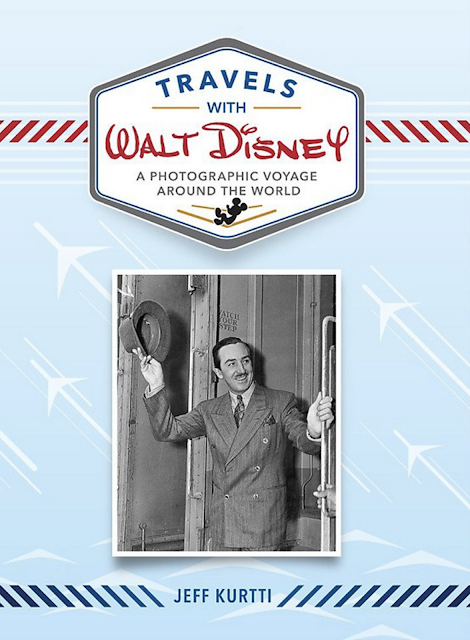 Travels with Walt Disney: A photographic Voyage Around the World
by Jeff Kurtti, Disney Editions, 2018, pp.152

From his earliest years Walt's life was peripatetic but was also essentially parochial in scope; so much so, that when he found himself in the big bad city of New York for the first time in the late 1920s struggling to sell his cartoons and add sound to Mickey Mouse it was a time marked by loneliness and homesickness. However, he would, later, discover the joys of travel and those expeditions and explorations impacted not just on the development of his personality, but also on the work of the studio.

Jeff Kurtti traces Walt's excursions (to France during the last days of WWI) his travels by trains (of course!), boats and planes, his great adventure South of the Border, his visits to Europe which fired his imagination, inspired films and had an influence on Disneyland and other projects. The book also shows how Walt's ever-widening perspective on the world helped shape series such as the 'True Life Adventures' and plans for creating better world communities.

The book is literally stuffed with official and family photos charting the itineraries of a busy life and full career. 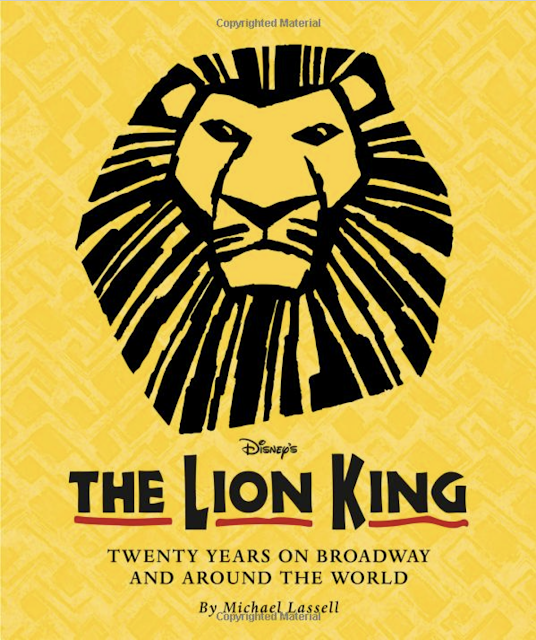 Disney's The Lion King: Twenty Years on Broadway and Around the World
by Michael Lassell, Disney Editions, 2017, pp.224

This lavishly-conceived volume from the indefatigable Michael Lassell (whose Disney Aladdin: A Whole New World I reviewed last October) celebrates the creation and international longevity of a show that has become a landmark in the history of musical theatre.

In words (including quotations from those involved in the show's creation) and breathtaking pictorial spreads, Lassell takes us from the movie's success, via Julie Taymor's extraordinary vision for a theatrical re-presentation of the animated story and the complex challenges of creating sets, costumes, masks and effects to the show's exhilarating global triumph.

The Lion King has also inspired...

Broadway's longest running portrayer of King Mufasa, Alton Fitzgerald White, shares his experience of creating daily magic on stage (over 4300 performances) and telling the story of his career – overcoming the difficulties of his early years to become a successful singer and actor – and sharing some of the valuable life lessons he has learned that readers can adapt and adopt to living their own lives. A spirited and inspiring read. 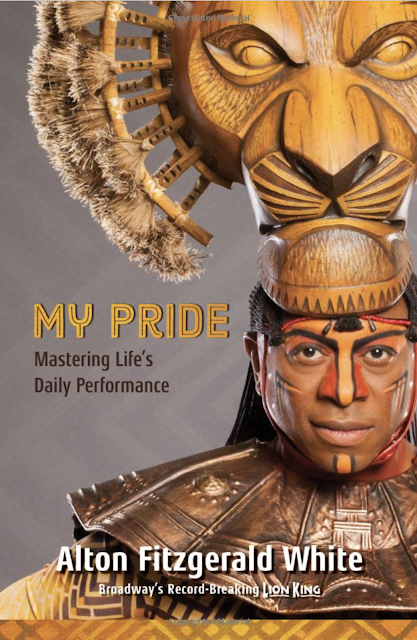 Posted by Brian Sibley at 17:03 No comments: