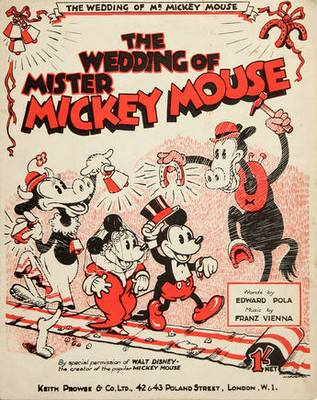 This British sheet music for Edward Pola and Franz Vienna's novelty number was published in Britain in 1933 by Keith Prowse & Co. London. And, for the curious, here's what this delightful ditty sounded like...

Oh, yes, and many congratulations
and all good wishes
to
WILL & KATE!
Posted by Brian Sibley at 00:01 No comments: 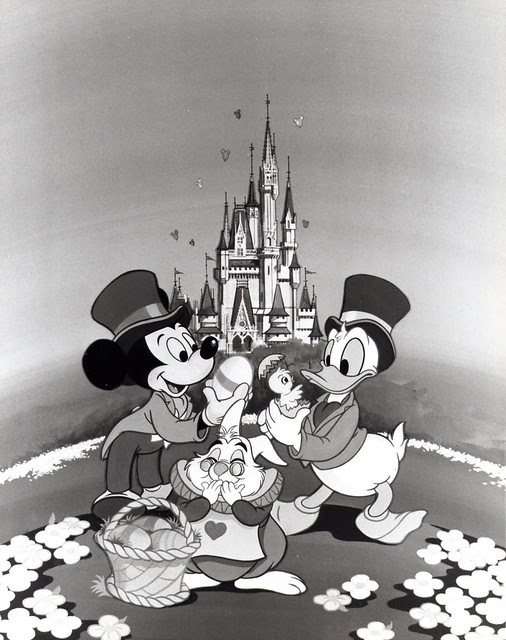 From Easter 26 years ago: this 8x10 black-and-white studio photograph has the following caption on the reverse: 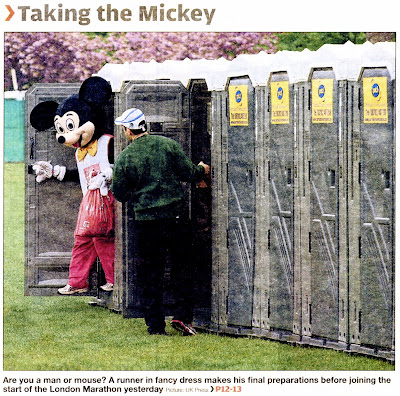 OK, some of the images are a bit off model-sheet (and Thumper seems to have got rid of his grey hairs!) but wouldn't it have been fun as a kid, back in the 'fifties, to have had a TV dinner off this jolly Disney tray? 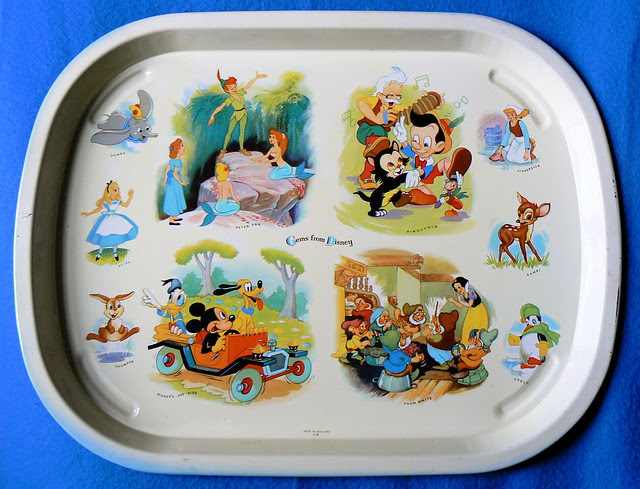 Manufactured in Britain in tinplate metal by Worcester Ware, the tray measures 31.5cm x 41cm (12.5" x 16.25"). From the prominence of Peter Pan and the presence of both Cinderella and Alice, I would guess that this was produced in 1953.
Posted by Brian Sibley at 23:08 7 comments:

This is what 3D looked like 45 years ago: a lenticular postcard purchased in Disneyland in 1966... 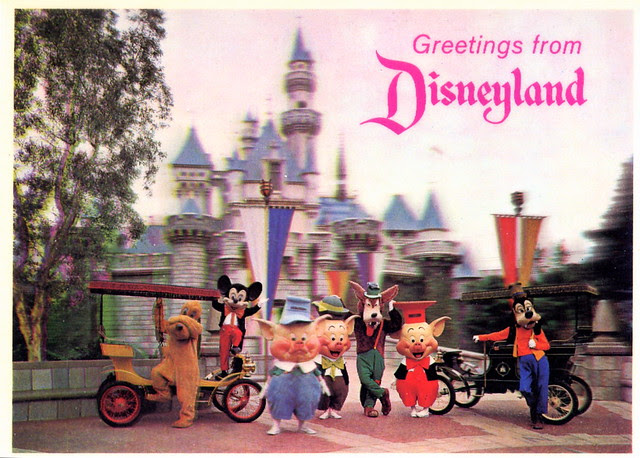 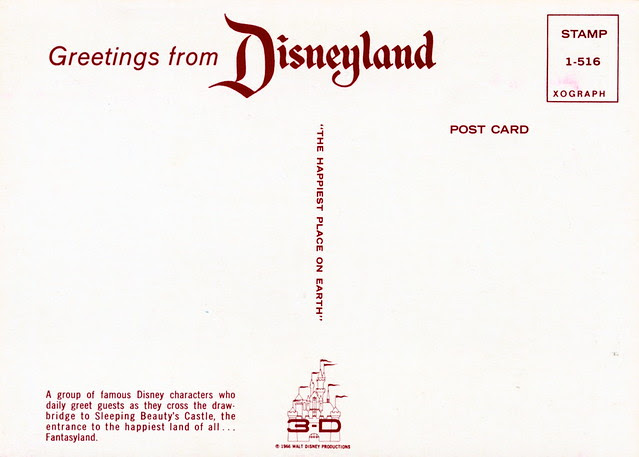 “Winnie the Pooh,” says his animator, Mark Henn, “is deceptively simple in his design, but successful animation is about the character having a heart that feels and a mind that thinks. Unless you can capture that you are just simply moving lines around.”

Talking about animating this now world-renowned character, Mark points out that whilst Pooh may not necessarily be the most colourful character in the stories – Eeyore and Tigger seem to top most people’s list of favourites – he is, nevertheless, the centre of the world. As he puts it: “Some of the others maybe more multi-dimensional or have a greater range of emotions, but Pooh is the anchor and acts as a stabilizer on everybody else’s eccentricity.”

The new Disney feature, Winnie the Pooh opens in the UK, Europe and Latin America this month and in North America on 15 July.
Posted by Brian Sibley at 10:19 1 comment: