MICKEY MONDAYS: Manifesttions of the Mouse 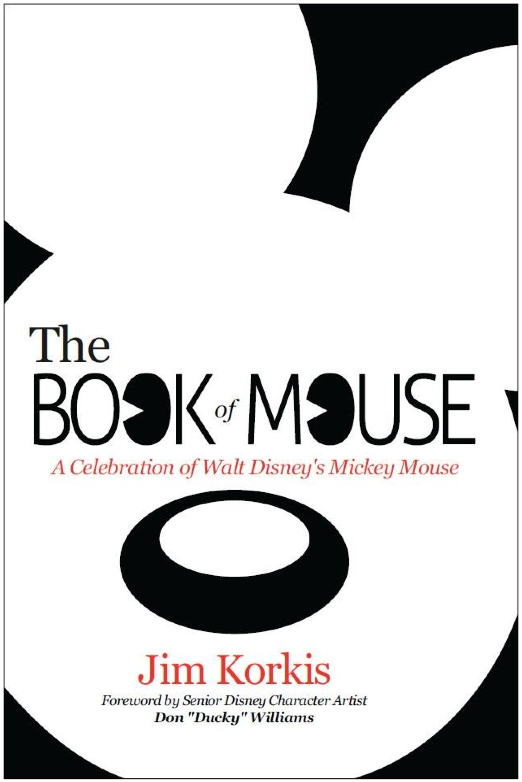 Back in November, I announced the publication of Jim Korkis' latest publication The Book of Mouse. I have now had a chance to read the volume and want to tell you just what a brilliant addition this will make to any Disney fan's library.

People occasionally review books by saying that they are "The last word..." on their subject, although it is seldom true! In the case of The Book of Mouse it will only be the last word for a while because some new aspect or development of Mickey's seemingly unstoppable career will emerge that will, at least demand, an updated edition. But, meanwhile, it is the most thorough examination of the life and times and of the first and most enduring Disney icon.

Jim, who has a Sherlockian talent for sorting and sifting facts, has applied his talent to one of the most chronicled characters in the cartoon pantheon. The book is crammed with detailed information about all Mickey's films with in-depth discussion about key productions such as Steamboat Willie (do you know about Mickey's disappearing pilot's cap or what brand of tobacco Pete is chewing?) and Fantasia (who else has noted that his Sorcerer's Apprentice costume echoes that of Dopey whom some people at the studio were pushing to be cast in the role instead of Mickey?) as well as a surprising filmography of Mouse movies that never got made.

And that's just for starters, Jim has marshalled information on every aspect of the Mouse's career: on the big and the small screen, as leader of Club (or, in fact, clubs because Annette & Co, were not the first youngsters to rally round the Mouse) and in the Disney Parks through to his appearances at the Oscars and various forays into advertising.

Like every Korkis book: it is a perfect bedside read: whenever you pick it up and wherever you open it, you'll learn something that you didn't know you didn't know! What's more – along with those endearing oft-told anecdotes – you'll be surprised to find the author relentlessly exploding a number of popular 'facts' as nothing more than charming examples of Mouse Mythology. The Truth is Told about the creation of Mickey Mouse, his fluctuating birth-date, his alleged honouring by the United Nations and many another Mouse Tale that have been inaccurately perpetuated across decades by those who have previously written about Mickey's life story – including (I admit with abashed humility) myself!

It's a pity that – for whatever reason – Disney couldn't have officially got behind this book as it would have been enhanced by the inclusion of illustrations; nevertheless, that doesn't diminish its value to Disney scholars and fans alike. At a time when so many Disney books are appearing, it's not always easy to know if every new volume is truly essential reading; in the case of Jim Korkis' The Book of Mouse: A Celebration of Walt Disney's Mickey Mouse there is no question about it: however Mouse-wise you think you are, there's plenty here to extend and enhance your Mousekaknowledge!

You can order your copy from Amazon.co or Amazon.co.uk.

Posted by Brian Sibley at 16:48 No comments: