Having recently posted a roundup of recent Disney books, I discovered I had missed one – or, rather, had not bothered to find out about one... 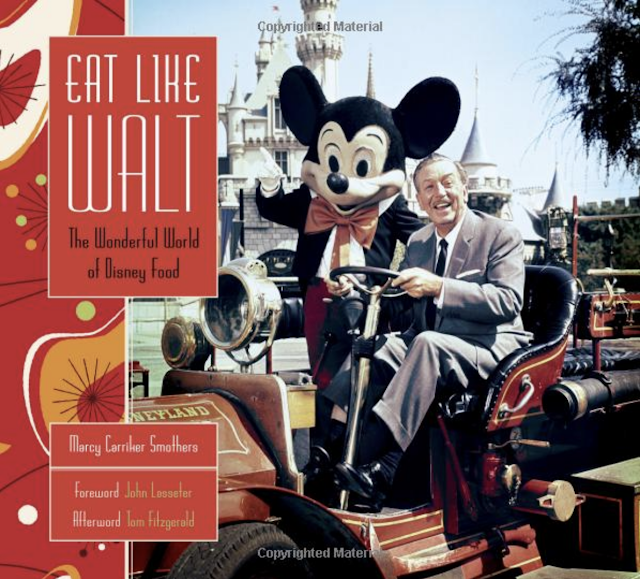 To be honest, the title, Eat Like Walt had struck me as a bit gimmicky: in fact it sounded like one of those peripheral publications that would be very unlikely to render up anything particularly new or worthy of note beyond, probably, a handful of Disney-themed recipes – something along the lines of 'Snow White's Apple Pie' and 'Alice's Unbirthday Cake'.

How wrong can you be?!

Trusting the judgement of a couple of wise Disney friends who had read the book, I took the gamble and chanced an investment of £22+ to see what this volume actually had to offer...

And I could be more agreeably surprised and delighted: Marcy Carriker Smothers has produced a book that is far-reaching in its scope and offers a new perspective on Walt Disney, culinary life at his studio and how food figured in his planning of Disneyland.

Smothers' book begins with Walt at home: his favourite food and drink, recollections of his family about the domestic staff who cooked for them and various stratagems to tempt the palette or overcome objections of a man who had spent his early years of struggle subsisting on hash and beans and little else. 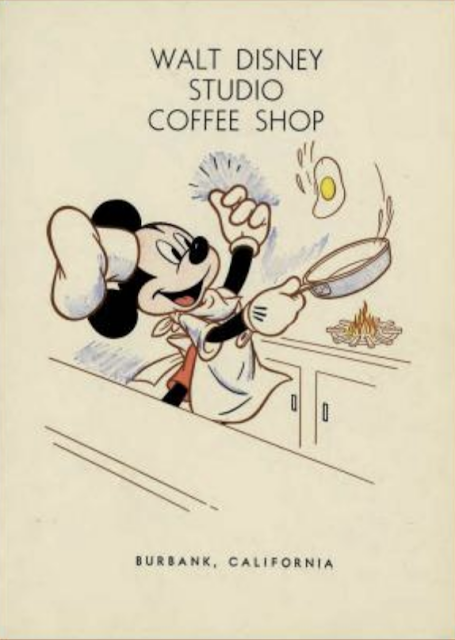 Later chapters explore the food options provided in the custom-built studio in Burbank from its elite Penthouse Club and the inkers and painters' Tea Room to the restaurant where Walt could some days be spotted standing in line to collect (and pay for!) his Chili con carne and fruit salad and the dining and snacking experiences that were a major part of any Disneyland visit.

All those Disney restaurants you remember (depending on your age) are fondly described and depicted: The Carnation Ice Cream Parlor, The Tahitian Terrace, The Chicken of the Sea... There are venues now long-gone, like Aunt Jemima's Kitchen and Swift's Red Wagon Inn, to places that can still be found on the Disneyland map such as The Candy Palace and the Golden Horseshoe. 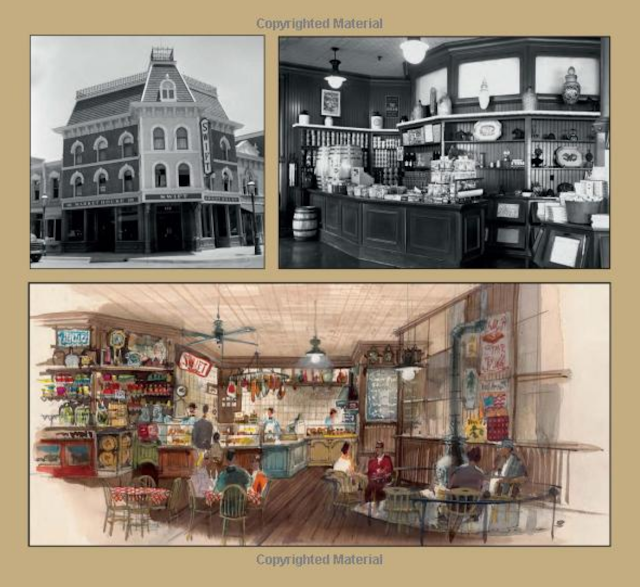 There's mention of those places that Walt didn't live long enough to see: The Blue Bayou Restaurant and Club 33, a peep inside the Disney family hideaway over the Main Street Fire Station and mention of some of his favourite LA eateries, among them Chansen's (now closed) where he met Leopold Stokowski and discussed a project that became Fantasia and the Tam O'Shanter that is still in business and remembered as one of Walt's favourites. The book ends with a handful of recipes popular with Walt personally or by diners in the park. 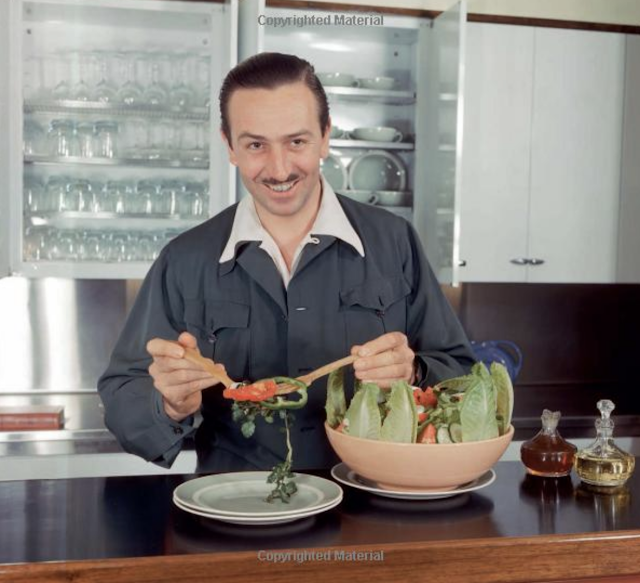 The book is liberally illustrated with vintage artwork, facsimile menus and a great many  period photographs – some unseen for years, if ever. It seems mean to quibble about what is a delightful, enlightening read and a valuable addition to Disney history, but some of the rare images in this volume would have benefited from captioning – even as notes at the back of the book. Otherwise, this is a hugely satisfying repast! 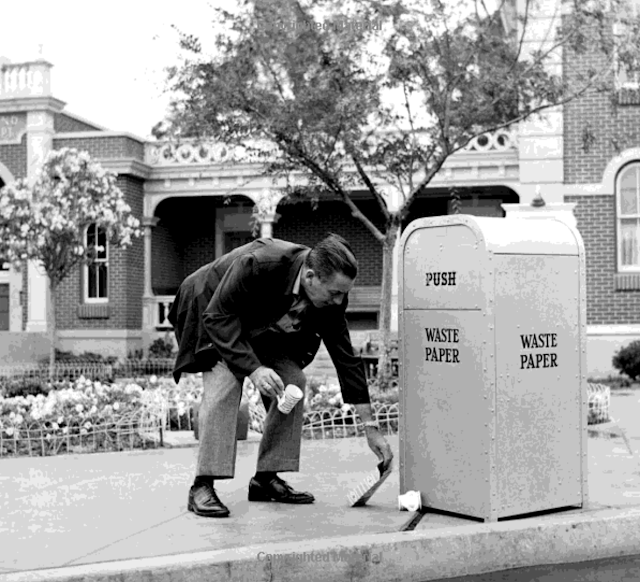