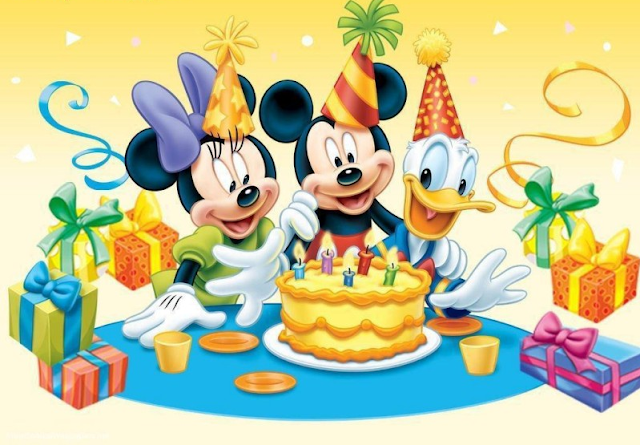 Boy, but he wears well!!

To celebrate this extraordinary milestone, the indefatigable Disney historian, Jim Korkis has written... Here's the low-down on this definitive and comprehensive book about Mickey Mouse:

Jim Korkis says: “Mickey Mouse celebrates his 85th birthday on November 18, 2013, and the best gift I could give him was a reliable resource book about his amazing career from his appearances in films to his presence in the theme parks and everything else in between.”

At over three hundred pages, the book is packed to overflowing with thousands of facts, quotes, and stories about the Mouse, including an exclusive interview with Disney Legend Floyd Gottfredson who drew the Mickey Mouse comic strip for forty-five years; the biographies of the first performers who portrayed Mickey Mouse at Disneyland and Walt Disney World; and the stories behind the people who have done Mickey’s voice over the decades.

“I think readers will enjoy having definitive answers to questions about where Mickey Mouse lives, why his eyes kept changing, why he wears four-fingered white gloves, and many more,” said Korkis. “I also felt it was important to explode some of the myths about Mickey from his use as a code word for D-Day to Walt’s many different stories about his creation.

The book also contains — for the first time anywhere — an annotated filmography listing not only Mickey’s appearances in his theatrical shorts and television series but his cameo appearances in other films and in television commercials. Other chapters are devoted to behind-the-scenes stories of the making of Plane Crazy, Steamboat Willie, The Sorcerer’s Apprentice, and Runaway Brain.

“Mickey has had such a significant impact on so many different areas over the decades, from comic books to merchandise to music to so much more, that it is impossible to cover everything, but I think the material that did make it into the final book will entertain and inform readers.”

You can order your copy here!