THE DEATH OF MAGIC 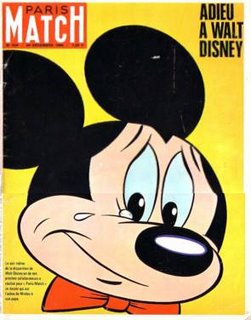 I am recalling an event that happened almost forty-five years ago today...

I am getting ready for school and, suddenly, there is my father calling up the stairs: "Brian, Walt Disney has died..."

Downstairs I heard the murmuring drone of radio voices as my father - busy brewing early morning tea - listens, as he does every morning, to the BBC news programme, Today.

I ought, perhaps, to have dashed downstairs to listen to the reports, absorb the details, gather up the tributes. After all, Walt Disney was my hero. A strange idol for a teenage lad, maybe - but that is what he was.

I collected every book, magazine and trivial snippet that I could find about Disney and his studio. I was forever copying pictures of Disney characters in my sketch-books - in fact my youthful ambition was to be a Disney artist, to animate those fabulous beings that appeared in his films. I longed to be a part of that mystical process that created characters out of ink and paint and then imbue them with a power to move people to laughter or tears. I was, I admit, obsessed by the man and his movies. 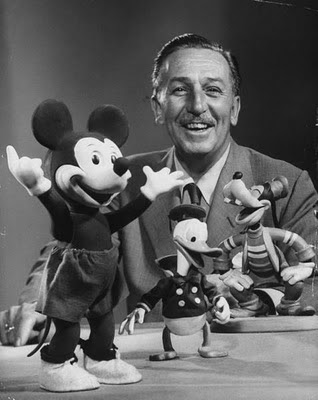 Later that morning, on my way to school, I would buy the daily newspapers and - in a corner of the playground at morning break - pore over the obituaries; but, at the moment of first hearing the news, I had only one response: I sat on the edge of my bed and wept.

For the first time in my young life I experienced that bizarre phenomenon: a feeling of overwhelming grief at the death of someone whom I did not really know. Not only had I never met Walt Disney, I had - rather surprisingly - never even written him a fan-letter. Yet, I felt - as doubtless many others have felt on hearing of the death of some public figure, president or pop-star - that I had lost a friend, been bereaved of someone who held a unique place in my affections. The loss felt achingly huge; a void had yawned open in my life that I doubted could ever be filled...

In the almost four-and-a-half decades since that day, I have continued to study - and occasionally write about - Disney's life and work. I have also had the privilege of meeting many of those who knew, worked with, loved and loathed the man. Such encounters have brought me very close to feeling that I understand at least something of the unique personality and character that was Walter Elias Disney.

But I have never been - never shall be - as close to him as I was on that morning when my father called upstairs to tell me the news that Walt Disney had died... 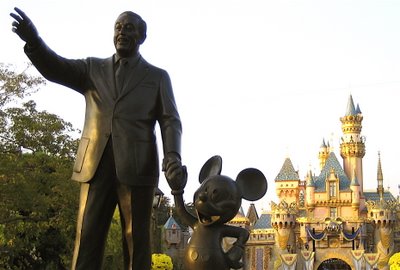 We're a funny species aren't we? I was the same recently when Michael Jackson died. Some people you just expect to always be around. I guess these people can have an input, however small, in making us the people we are. I wonder if it's a strange feeling to be in a famous person's shoes and know that that's the effect you are having on a kid somewhere.

"A very loving and touching essay about a man who touched us all. I was born a few years after his passing, so I only know him as the company and historians (like you) have presented him.

"Looking forward to hearing more about Walt and what it was like to have known of him, when he was alive."

I wish I had personally known him, George.

There has been famous rumours about his death that he was frozen; but that was rubbish, he died of lung cancer!

He was busy working on "EPCOT" and "The Jungle Book" at the time of his death; and it must have been an upsetting experience for the Disney Studios back then; because they didn't know who would succeed; because I don't think Walt had ever thought about who his successor would be when he died; he also never had signs of retirement!

I think there is a deeply psychological reason why the story of Walt being 'frozen' circulated (and still persists – I had to deny it on a Radio 4 programme only the other month): there are certain people whom we want to be immortal and Walt was one of them. Like Arthur of legend, he was the 'once and future king'.

Also his fascination with cutting edge technology was such that he could easily have taken an interest in cryonics (even its alternative name 'suspended animation' is not inappropriate).

However, I have discussed the story with his daughter, Diane,and other members of the family and there is, as you say, Steven, no truth in it