in 1958, an article was published in The Wall Street Journal exploring the financial workings of the Walt Disney Company in which its business philosophy was summarised as: 'Dream, diversify – and never miss an angle'.

That quote inspired a radio programme, Never Miss An Angle, that I made in 2001 to mark the 100th anniversary of the birth of Walt Disney which is being repeated this evening on BBC Radio 2. 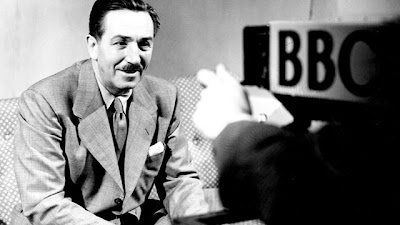 After tonight's broadcast, Never Miss An Angle can be caught up with via BBC iPlayer for the next seven days.