This note, written by Adriana Caselotti, the voice of Snow White, as intended as a foreword to the book Walt Disney's Snow White and the Seven Dwarfs & The Making of the Classic Film that I wrote with Richard Holliss in 1987.

The book eventually opened with a letter from Adriana accompanied by a photograph of her and her screen character. 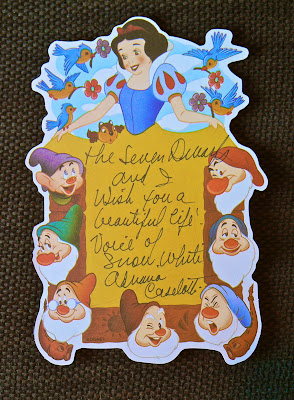 I think I like it when it "Snows" on Saturdays, even in the springtime. :)